Earlier this Spring the Houston GLBT political Caucus faced a tough decision. Three impressive candidates sought our endorsement, as they began their campaigns for Houston City Council. In the end, we got behind Melissa Noriega, because she demonstrated extremely strong viability and a commitment to GLBT equality. She now enters the run-off campaign with a wide lead over her rival, and I'm happy to report that, in the last week, both Noel Freeman and Andy Neill, the two other candidates who originally screened with us, have formally endorsed Noriega.

Noel Freeman made his announcement in a press release, May 14th. Council candidate Noel Freeman has officially endorsed Melissa Noriega
influence in on behalf of Houstonians and a personal relationship that has grown during the campaign. "While Melissa and I may disagree ideologically on several issues, we agree on a number of issues that are very important to me, and her relationships with state legislators of both parties will serve Houstonians well," Freeman said. "We have also had the chance to get to know each other better over the course of the campaign, and I believe she is the candidate who really has Houston‚s best interests at heart."

's City Council. "I wish we could truly embrace the non-partisan nature of Council that was intended when our City Charter was written." he said. "After all, political affiliation doesn't determine whether or not your trash gets picked up or if your house is going to flood when it rains."

Andy Neill posted his endorsement on his website on May 16th. 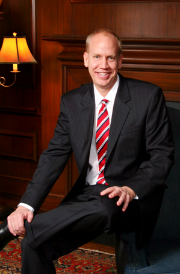 Special Election cycle, I have been granted a truly unique vantage point from which to assess fellow competitors and their messages of change for the City of . It’s from that perspective that I feel compelled to endorse candidate Melissa Noreiga for the vacant At-Large position 3 seat in the upcoming runoff.

Melissa Noriega has earned my admiration and respect with her compassion, sincerity, and firm grasp of the complex issues that affect our citizens on a daily basis.

encourage everyone to do their homework on the issues that affect them and their families and make their own choice. I however have made mine and I am proud to support Melissa Noriega over the coming weeks.


I look to forward to watching both Noel Freeman and Andy Neill, as they continue to enrich our city with there service. If either decide to run run for office again -- and I hope they do -- I deeply wish that they seek our caucus' endorsement again. Their ideas were compelling and exciting, and our city is lucky to have such exceptional young leaders. I'm sure Melissa is deeply honored to have their support.
Posted by The Caucus Blog at 10:22 PM

Both those guys ROCK! C'mon Melissa !!!

Ever since I formally endorsed Melissa Noriega, I have witnessed widely different reactions. I'd like to talk about that here if you will indulge me for a bit.

I've experienced everything from welcoming and grateful to openly hostile. A lot of people chalked my endorsement up to one issue - same sex partner benefits for City employees, and just today I was even asked if this meant I had officially switched parties.

My endorsement wasn't easy, nor was it single-issue. I am also not the only Republican supporting Melissa. I endorsed Melissa because even though we disagree in several areas, we agree on a number of issues that affect us all. Sure, same sex partner benefits is one, but we also both see the benefits of some of METRO's proposals. We recognize a need for real flooding and drainage solutions NOW, and she recognizes the real impact public works has on Houston's future, which is something very close to my heart, and (no surprise) was the cornerstone of my Four Point Plan for Houston's Future.

On top of the issues, Melissa brings with her a lot of great relationships in Austin - on both sides of the aisle. She is also someone I feel we can trust. This is not to say anything negative about Roy Morales, but Melissa has been nothing but open and honest with me, and we have built what I think will be a great friendship. She is interested in building bridges, which is something I have yet to see from her opponent.

In my opinion, there is a lot to be said for a willingness to embrace non-partisanship. As a moderate Republican, the concept of non-partisanship in City politics has always been very important to me. With that in mind, I put my money where my mouth is and endorsed a candidate I feel can and will do the most for Houston.

This campaign was a wild ride. Quite frankly, I'm glad it's over. I want to thank all of you who shared the experience with me, and my partner Brad deserves a lot credit for being by my side and being forced to live with a candidate for four months. I will not be running in any race this November, but I will continue to do my part to make Houston a better place as just an active citizen or perhaps if the future holds something else.