HRC Makes Me Dizzy... and a Little Angry 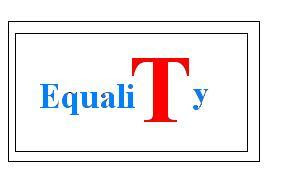 After feeling some relief that Human Rights Campaign had finally signed onto a letter supporting the inclusion of transgender workers in the Employment Non-Discrimination Act (ENDA), earlier this week it seemed like they were, unfortunately, back peddling again. Several days ago HRC refined its position to say that they do, in fact, support an all inclusive bill, but they will not openly or actively oppose a bill that excludes transgender workers. That's not good enough, as it implies a neutral position on the fate of transgender workers.

As a consequence of this position, yesterday, Donna Rose, HRC's lone transgender executive board member resigned:

The current situation regarding ENDA is nothing short of a politically misguided tragedy. A tool that could and should be a unifying beacon on the heels of the historic passage of fully inclusive Hate Crime legislation has been split. Transgender brothers and sisters again find themselves separated, isolated, and disempowered. People in positions of power have decided that their personal legacy and the promise of political expediency are more important than protecting our entire beautiful 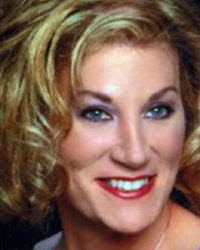 community. The time is here to make a strong statement to demonstrate to them that they are wrong.

In 2004 the HRC Board voted to support only fully-inclusive Federal legislation. That decision paved the way to my participation with the organization, and was a significant step in the healing process. Since that time we have worked together tirelessly towards a goal of Equality for all. Less than a month ago HRC President Joe Solmonese stood before almost 900 transgender people at the Southern Comfort Conference in Atlanta to pledge ongoing support and solidarity. In his keynote address he indicated that not only would HRC support only a fully inclusive ENDA, but that it would actively oppose anything less. That single pledge changed hearts and minds that day, and the ripple affect throughout the transgender community was that we finally were one single GLBT community working together. Sadly, recent events indicate that those promises were hollow.

An impressive coalition of local and national organizations has lined up to actively oppose the divisive strategy that would leave some of our brothers and sisters without workplace protections. This effort has galvanized community spirit and commitment in ways few could have imagined, and it has demonstrated to those who would divide us that anything less than full inclusion is unacceptable Organization after organization has seized the moral high ground knowing that this is a historic opportunity that cannot be squandered, and that it is our moral obligation to ourselves and to generations that will follow to make a loud, clear, unmistakable statement that we are a community and we will not be divided. There is a single significant organization glaringly missing from that list. The Human Rights Campaign has chosen not to be there.

The video below captures the speech Rose refers to in her letter:

This morning HRC has launched a "call to action." They are encouraging everyone to contact their congress members, demanding that the inclusive ENDA bill be passed.

HRC Executive Director, Joe Solmanese, released this statement in the form of a web video.

This is a stronger statement against the new, non-inclusive ENDA bill, but it still falls short of what our community expects. I appreciate HRC's efforts to help us contact Congress. Let's face it, in our community, no group has closer ties to capitol hill, but HRC has truly disappointed everyone by not showing proper leadership on this important issue. They were tragically slow to denounce the non-inclusive ENDA bill, and they have yet to release a statement that unequivocally rejects moving forward without our transgender brothers and sisters. Transgender workers need protection more than any of us.
Posted by The Caucus Blog at 7:50 AM

I can not even think of what the issue could be that HRC would leave the Transgender Community behind. Have they not learned that in the fight for equality we can not leave one group behind just to push another one forward? If we all do not move forward together, than it does not work! The fact remains that the fight for Equal Rights would not be as advanced without our T-brothers and sisters standing with us. I guess this means I will not be donating to HRC this year. Now I have to go out and turn my HRC sticker on my car to show that I am not a supporter. And if HRC only knew how much I hate messing with the finish on my car then they would know how upset I am with them!