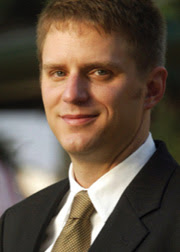 Those of you who follow us on Facebook and Twitter are aware of the Fort Worth and State Police raid of Rainbow Lounge, a gay bar in Fort Worth. The raid occurred 40 years to the day of the raid of the Stonewall Inn. The raids left one patron, Chad Gibson, 26, in the hospital with severe head trauma. The police have since admitted that Chad received his injuries while in police custody. Our thoughts are with him and his family as he recovers in a Fort Worth area hospital. Here are some articles and video about the raid from CNN and the Fort Worth Star Telegram. Openly gay Fort Worth Council Member Joel Burns has been active in demanding a swift and thorough investigation into the raid. His exemplary actions in the aftermath of the incident are a prime example of why elected GLBT representation at every level of government is needed. The Houston GLBT Caucus applauds his actions. Here is his statement.

Update & response to those who emailed me in the last 48 hours.

I wanted to let you know that I have received your email (along with hundreds of others) regarding the events that occurred at the Rainbow Lounge in Fort Worth's Near Southside Sunday morning.

I want to provide you with an update of some of the actions I and others in the City have taken since the incident.

Monday I met with my predecessor on Council, State Senator Wendy Davis, and spoke with State Representative Lon Burnam by phone. Both represent the area of Fort Worth where the Rainbow Lounge is located (as well as representing most of City Council District 9) and both committed to make official requests Monday for a thorough internal investigation by the Texas Alcoholic Beverage Commission on actions of TABC officers (shown in photos on some blogs & news sites wearing shirts labeled "State Police"). Both also committed to follow-up from Austin as they begin the Governor's called Special Session on Wednesday. I appreciate not only their quick and ready action, but also their support and friendship in recent days. If you would like to contact them, you may do so at wendy.davis@senate.state.tx.us and lon.burnam@house.state.tx.us .

In addition, I met separately with Fort Worth Police Chief Jeff Halstead twice Monday and with City Manager Dale Fisseler. I reiterated to both of them that the City's investigation of what happened must be swift, thorough, open and transparent -- even if doing so required an outside law enforcement agency such as Tarrant County to come in and conduct portions of the investigation. It is important for those who live in Fort Worth as well as those watching from around the country to know that the investigation will be complete, accurate, and without anyone being able to claim that internal bias or political pressures played any role in determining the facts. Such an investigation not only serves the patrons who experienced the police action Sunday morning, but also sets the record straight for Fort Worth Police officers involved and honors their commitment to serve the City.

So that you may be fully informed of my actions, provided below this e-mail is the text of two written requests I made on Monday to Chief Halstead and City Manager Fisseler as well as to the Chairman of the Fort Worth Human Relations Commission, Estrus Tucker, and my appointee Lisa Thomas. The content of the statement I issued on Sunday afternoon is provided below as well.

I also want to share with you that on Monday afternoon I visited with Chad Gibson, the 26-year-old patron who sustained head-injuries Sunday morning, in his room at JPS Hospital. We were joined by two of his friends who were also at the Rainbow Lounge with Chad Sunday morning and also detained by police. I heard their accounts of what happened. I also visited with Chad's parents and grandparents in the waiting room and with his sister by phone. I hope you will please keep Mr. Gibson and his family in your thoughts.

If you or anyone you know was a witness to what happened at the Rainbow Lounge and wish to report your account please call 817-392-4270 as this may aid the City's investigation.

Like most of you, I love this great City, and am concerned about the unanswered questions surrounding this event. You can be assured that I will work with my Council colleagues and City staff to determine the facts and to make sure we have the appropriate policies, procedures and training in place to make sure it does not happen again.

Again, thank you for your email. Feel free to contact me anytime. This is my direct City email address and my office number is 817-392-8809.

I am writing to request that you immediately initiate an internal affairs investigation regarding the City of Fort Worth Police Action in coordination with the Texas Alcohol and Beverage Commission on the early morning of June 28th at the Rainbow Lounge located at 651 Jennings Street.

I wish to have comprehensive and conclusive information to respond to citizens requests regarding this matter as soon as possible. Please inform my office when this investigation will commence, the step by step procedures that are taken in such an investigation and when an investigation of this nature can be concluded with due diligence to thoroughness and accuracy given great consideration. Further, please provide a copy of written procedures and policies which govern the conduct of such police actions.

I am writing to request the Human Relations Commission initiate a review of the actions taken by the City of Fort Worth in coordination with the Texas Alcohol and Beverage Commission on the early morning of June 28th at the Rainbow Lounge located at 651 Jennings Street.

I wish to have comprehensive and conclusive information to respond to citizens requests regarding this matter as soon as possible as it relates the Anti-Discrimination Ordinances of The City of Fort Worth. I greatly appreciate the Commission’s dedication and service to protecting the human rights of all citizens of Fort Worth and your consideration of this important matter.

I want all citizens of Texas and Fort Worth to know and be assured that the laws and ordinances of our great State and City will be applied fairly, equally and without malice or selective enforcement. I consider this to be part of "The Fort Worth Way" here. As an elected representative of the city of Fort Worth, I am calling for an immediate and thorough investigation of the actions of the City of Fort Worth Police and Texas Alcoholic Beverage Commission in relation to the incident at the Rainbow Lounge earlier this morning, June 28, 2009.

It is unfortunate that this incident occurred in Fort Worth and even more so to have occurred on the 40th anniversary of the Stonewall protests. Unlike 40 years ago, though, the people of this community have elective representation that will make sure our government is accountable and that the rights of all of its citizens are protected. I am working together with our Mayor, Police Chief, the City of Fort Worth Human Relations Commission, and our State Legislative colleagues to get a complete and accurate accounting of what occurred.

Rest assured that neither the people of Fort Worth, nor the city government of Fort Worth, will tolerate discrimination against any of its citizens. And know that the GLBT Community is an integral part of the economic and cultural life of Fort Worth.

Every Fort Worth citizen deserves to have questions around this incident answered and I am working aggressively toward that end.

OPEN RECORDS NOTICE: This email and any responses may be subject to the Texas Open Records laws and may be disclosed to the public upon request. Please respond accordingly.