Newly elected State Senator Wendy Davis (D-District 10, Tarrant County) and State Representative Lon Burnam (D-District 90, Tarrant County) released a joint statement calling for a detailed investigation into the tactics used by Texas Alcohol and Beverage Commission (TABC) during the raid of Rainbow Lounge. The statement was released by the two Fort Worth area electeds after a meeting with TABC officials. They also stated that Chad Gibson's family deserved answers. Chad is still recovering from severe injuries suffered during the raid while in police custody. The swift action by these two state officials shows the importance of electing equality supportive candidates. Senator Wendy Davis was elected last November with the support of Fort Worth and Dallas area GLBT groups. She unseated long time Republican incumbent Kim Brimer for the District 10 seat, the only seat to switch parties in the last election. The Houston GLBT Caucus is grateful for their work at the state level to ensure a quick and thorough investigation into the raid on Rainbow Lounge. Their statement is included below.
FOR IMMEDIATE RELEASE
CONTACT: Bernie Scheffler - 512.463.0110
July 1, 2009
Today State Senator Wendy R. Davis and State Representative Lon Burnam issued the following joint statement.
From: State Senator Wendy Davis and State Representative Lon Burnam
Re: Incident at Rainbow Lounge, 651 Jennings Ave., Fort Worth on June 28, 2009
We want to provide you with an update of our response to concerns raised about the actions taken by City of Fort Worth Police officers and Texas Alcohol and Beverage Commission agents on the early morning of June 28, 2009 at the Rainbow Lounge, which is located in the Fort Worth portion of the districts that we represent. We are deeply concerned about eye witness accounts of the events that occurred that morning and intend to activate all possible investigatory methods to learn the truth about those events.
As part of learning as much information as possible about the incident at issue, we requested a meeting with Texas Alcohol and Beverage Commission. As a consequence of that request, today we met with TABC representatives Joel Moreno, Chief of Field Operations, and Carolyn Beck, Public Information Officer. In that meeting, we made a very detailed request for information regarding the factual events that occurred at the Rainbow Lounge on both June 25, 2009, when TABC agents first conducted investigation activity at that location, and on June 28, 2009, when TABC agents returned to that location. Additionally, we requested detailed information with regard to the TABC agents' compliance or non-compliance with procedures and policies of TABC as those are expressed in the TABC Enforcement Division Policy, Procedures & Forms manual.
It is our hope that through a thorough investigation and analysis of the events that occurred at the Rainbow Lounge, particularly in the early morning hours of June 28, our community and those outside our community who have raised concerns, will be able to get the answers they need to their valid questions. Most importantly, Chad Gibson and his family, for whom we are deeply concerned, deserve answers.
To that end, we intend to make a written request to TABC for answers to the questions raised in the meeting that we held today. Tomorrow, we will issue a joint letter detailing that request.
Additionally, in order to assure that we and the community at large receive the answers deserved regarding the events of that morning, it is our hope that an objective, outside investigation be made which would examine internal investigation reports of both the Fort Worth Police Department and the TABC, as well as eye witness accounts. Through such an independent review, truth will be best assured. Our community deserves to know whether unacceptable actions were taken at the Rainbow Lounge, and, to the extent they did, that the persons responsible for those actions will be held accountable.
### 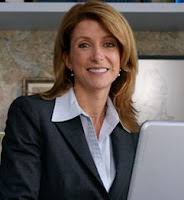 Representative Lon Burnam (D-District 90, Tarrant County)
Posted by The Caucus Blog at 10:49 AM