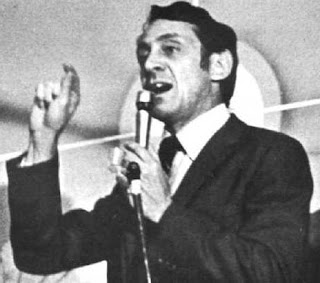 President Barack Obama will posthumously honor assassinated San Francisco City Supervisor and pioneering GLBT rights activist Harvey Milk with the Presidential Medal of Freedom in a ceremony at the White House on August 12, 2009. The Presidential Medal of Freedom is the highest civilian honor a citizen can receive. Milk became one of the first openly gay elected officials in the United States when he was elected to the San Francisco Board of Supervisors in 1977.

"Milk encouraged lesbian, gay, bisexual, and transgender citizens to live their
lives openly and believed coming out was the only way they could change society
and achieve social equality," the White House statement said today.

Harvey Milk is a hero to many in the GLBT movement still today, and he was recently immortalized in the film Milk. His recognition by President Obama marks the importance of political leadership in the fight for equality. The GLBT community is still waiting for President Obama to act as a civil rights leader for the GLBT community as he promised in his campaign by ending Don't Ask Don't Tell (DADT), pushing for the repeal of the Defense of Marriage Act (DOMA), and expanding same-sex partner benefits to all federal employees. Today our community should celebrate this honor given by the President to one of our greatest elected leaders.
Posted by The Caucus Blog at 3:00 PM